Our Ever Present Memory of this Tragic Day

I would venture that every American who was of sufficient age to comprehend the events that occurred on September 11, 2001 – “9-1-1”, has that day indelibly etched in their memory. Just as I remember the 22nd of November, 1963 – despite being only 9 years old, when the assassination of President John F. Kennedy occurred in Dallas, Texas. 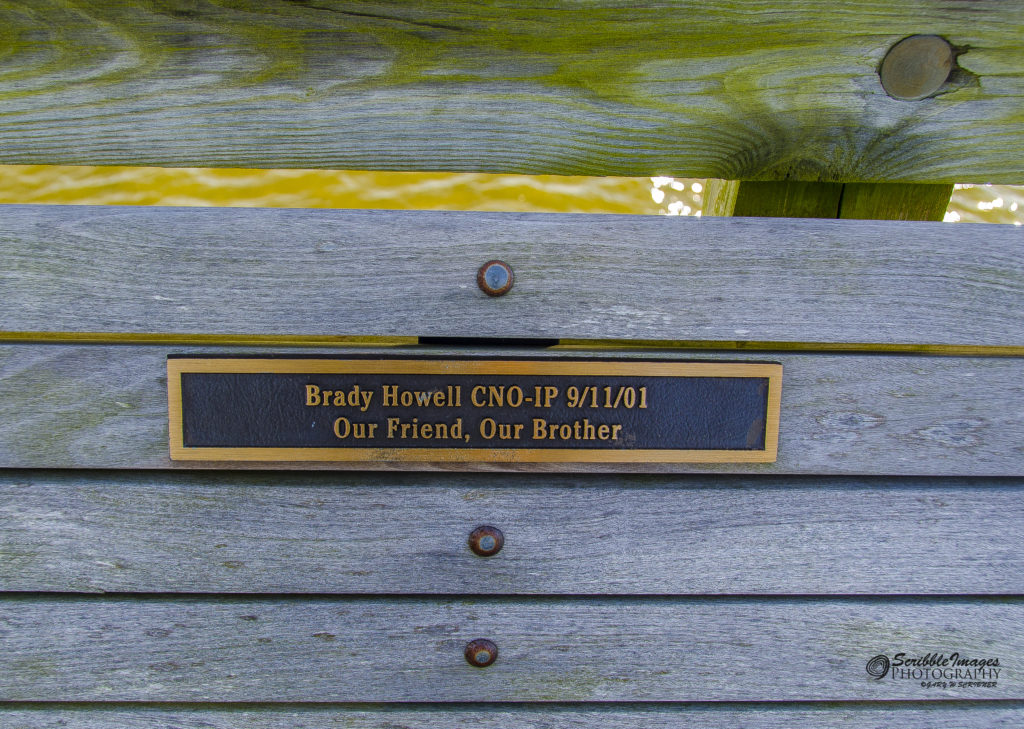 Brady Howell, CNO-IP, Lost at the Pentagon on 9-1-1
(from the North Beach Memorial Bench Project Portfolio)

On 9-1-1, I was the CIO (Chief Information Officer – i.e. the head of information technology) for the Maryland State Retirement Agency. I  had just entered a conference room at the Agency office in downtown Baltimore for an executive board meeting scheduled to begin in a few minutes at 9 AM. Just a normal day. The attendees who normally participate include the State Comptroller and Treasurer, and the Colonel (head) of the Maryland State Police. 10 minutes before the meeting, we were informed that the Colonel had detoured to the State Police Emergency Command Center in Carroll County, Maryland and would not make our meeting. We did not know why. We would soon find out.

Minutes later, one of my fellow executives, an investment officer who had just been on the phone with a financial analyst in New York City, came into the room, and reported that a jet had just hit the World Trade Center (the North Tower). At first, we were shocked at what we assumed was an accident – but it was only when she returned soon after to report that another plane had hit the second (South) Tower, that we knew this was an intentional attack. Shock turned to disbelief – how could this happen in the United States?

News soon came in that the Pentagon had been hit –  a lot closer to home. My first thoughts were: Was my wife Peggy down there this morning?” The cell and landline phone circuits were jammed. There was no way to find out if she was there. And the attacks were not over – high stakes drama was occurring in the skies over Pennsylvania, on Flight 93. There was even a concern that Baltimore might be an alternative target. Nerves were frayed.

The selfless heroes of Flight 93 performed a miracle and prevented further tragedy except for the loss of themselves. Heroes in New York City and at the Pentagon, including members of our military, FDNY and NYPD, saved numerous lives, but many from those agencies perished trying.

That 19 cowards could do this is still incomprehensible.

Fortunately, for our family – fate had decided that my wife would not be at the Pentagon that day. But 9-1-1 was not as kind to many who lost their loved ones. Including some of those whose names appear on these benches in North Beach. Please read the inscriptions – they are deeply moving.