The occasion was an add-on excursion by car that I took after Peggy and I had traveled through England. We spent time together in London, and then traveled along the southeast coast of the island to Canterbury, Dover and other quaint English towns. Since our son was very young at the time and left in the care of his grandmother while we were overseas, Peggy thought one week without Mom was probably going to be enough – so I took her to Heathrow for a flight home, and I continued up north to see the golf courses on the Open Championship (aka British Open) rotation, including St. Andrews. Yes- I can say I walked the 18th green at St. Andrews, albeit without a club in my hand and through a pea soup fog (a player came up behind me and whacked the ball – never saw it – never saw him or her).

What I remember about those 3-4 days traveling through Edinburgh and Glasgow was how damp and dark it seemed. The gray skies reminded me of what it must have been like during the industrial revolution in the 1800’s – with workers in factories sporting coal-grey faces. Scenery improved when I drove out along the roads beyond Glasgow – however, it was such a whirlwind trip, it was hard to remember. I wanted to go back and see Scotland in better weather – and with better cameras. In addition, since Peggy was not with me on that segment of the trip, Scotland was a “must see” for her. Although, she had traveled to London  for dragon boat racing (she was on a team) in the mid 2000’s – this time I stayed home to mind the store – and she did not have time to go up north. 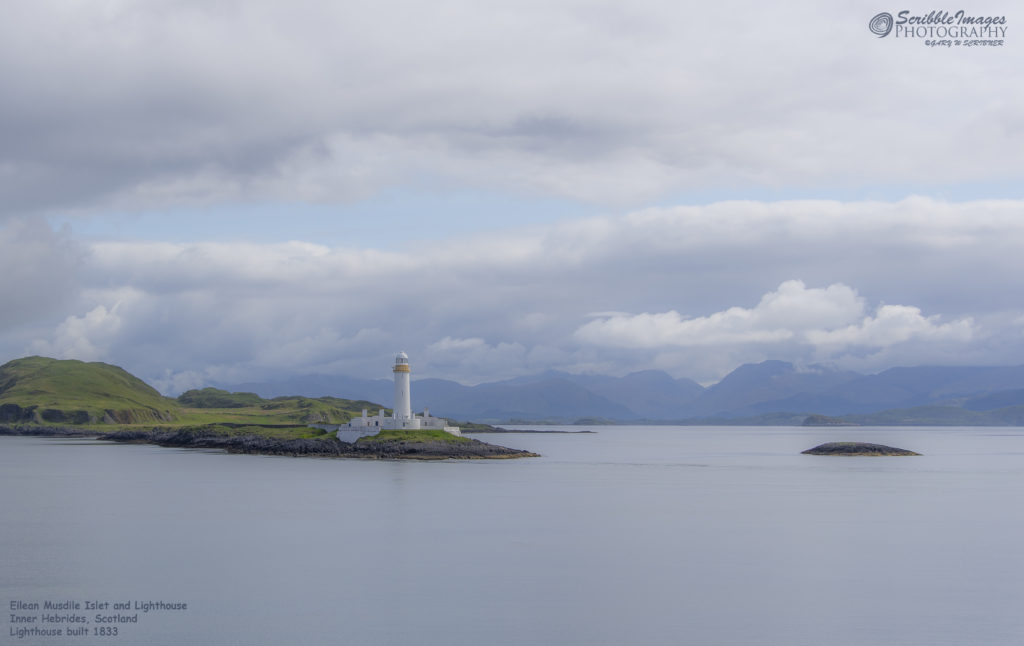 So on May 17, 2016, we returned together to the British Isles…landing at London’s Gatwick Airport. We spent several days in London, including a return visit to the Botanical Gardens and the other London sights like Parliament and Picadilly Circus. Henceforth, we wound our way by car up north, with overnight stops in Glasgow, Oban, Inverness and Edinburgh. The highlight of our trip was a ferry ride to the Island of Mull, in the Inner Hebrides island chain, west of Oban. A photo I took of the Eilean Musdile lighthouse is a “signature” photo of my entire collection. 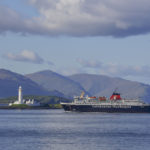 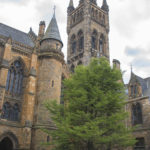