Wonderful Iceland…a largely uncivilized island. Greener than you would think. In fact, those who have visited Greenland declare that they got the names reversed, because Iceland is the greener of the two.

We made our first trip to Iceland in late September 2013. After landing at the main airport in Keflavik, we chose to spend several days in Reykjavik, the largest city, and then venture east along the southern coast. We were able to travel as far as Höfn, before having to reverse course and travel thru Reykjavik to Borgannes, our last stop. Being that we traveled late in the Icelandic year, winter seemed very close at hand, with frost on the ground many mornings. 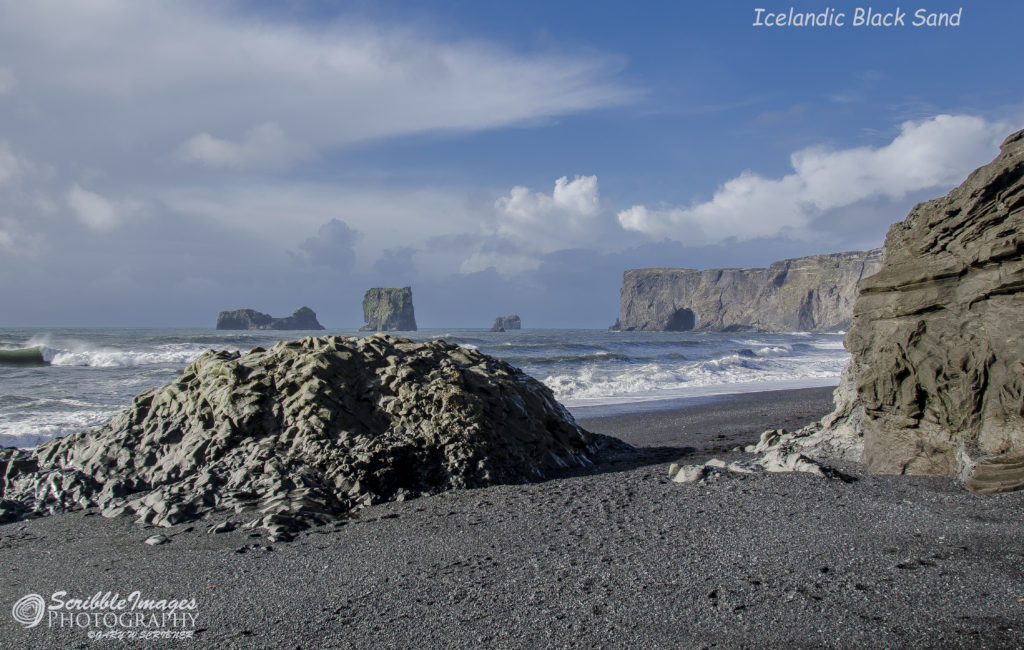 Anyone traveling to Iceland needs to keep one word in mind: Waterfalls. Many of them are spectacular, and most, if not all, are fed by glacial runoff – so the water has a very gray caste. Another “don’t miss this sight” is the black volcanic sand along the southern shore. It reminds one of the black sand beaches in Hawaii.

And last, the ice flows at Jökulsárlón. I had a very difficult time photographing these formations, because of the tricks the ice plays with the light. I hope to go back to Iceland a second time, in order to perfect my technique shooting these blue ice creations, as well as to visit the wilder northern side of Iceland.